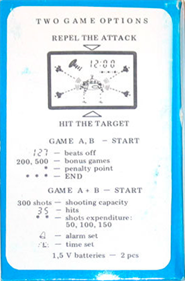 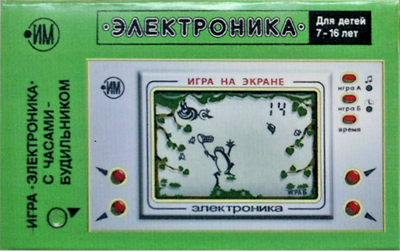 Merry Cook (MG-04) is a Soviet clone of Nintendo's Game & Watch Wide Screen: Chef. The player controls a chef juggling around the food so that nothing touches the floor. If something does touches the floor, a mouse will pick it up and counts as a miss. Three misses will count as a game over. At irregular intervals a cat in the upper left corner will suspend a certain food item, making it harder for the player to guess which piece is flippable. Game B will have the player juggle four items, instead of the three in Game A.