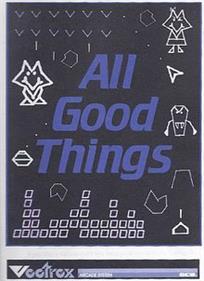 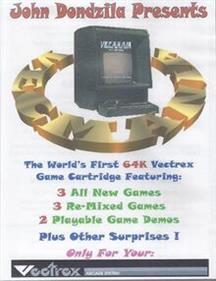 Birds of Prey is a Vectrex game similar to the Galaga series, some might call it a homebrew port of Phoenix. The gameplay is similar to Galaga and consists of five waves that simply loop with increasing difficulty. Instead of using the analog stick you press buttons 1-2 to move left and right, while button 4 fires. It takes a few minutes to adjust but once you do you'll find the control scheme works fine. By pressing button 3 you can activate a shield once per wave (or re-use it if you lose a life) and this protects you from incoming fire and enemies. It's very handy and you'll want to use it... 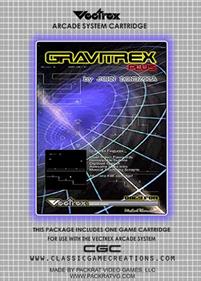 Based off the arcade game Gravitar - but with many enhancements. This outstanding 64K game has all the excitement of a true arcade game. Gravitrex Plus is a game any Vectrex fan will enjoy! Gravitrex Plus has the following features: - 3 Levels with 6 worlds. - Many worlds contain extra sections for more frantic button pressing. - 2 Game Modes: Standard and Arcade (the later which is faster and more intense for the expert gamers)! Your main mission is to travel to these six worlds, rescue the human captives, eliminate enemy bunkers, and finally destroy the enemy planets themselves! 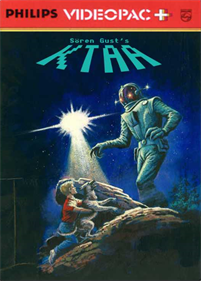 You have been selected to defend planet Earth and its moon colony against alien invaders. Your ship is equipped with a powerful quantum cannon and a strong defensive shield. Your mission is to destroy all of the aliens and prevent the objects on earth from being bombed. 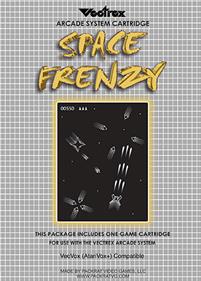 John Dondzila's last game for the Vectrex, in all its 64K glory! Intense Arcade Style Gameplay, as you fight off wave after wave of ship fragments, that will form into cruisers to attack and destroy your ship. Doc with other ships after each wave to increase your firepower. - Features Vectors Plus Digitized Sound * - Combined Joystick Plus LRTF Button Support - VecVox (AtariVox+) Support - In-game Instructions Contains a playable demo of the never completed SUPER SPIKE WORLD! * Digitized speech and vectors may not work on all Vectrex systems due to the age of the system. An... 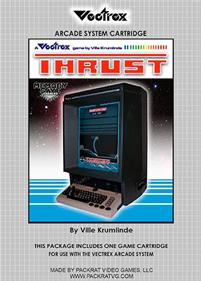 Thrust is an unofficial homebrewed clone of the classic 8-bit microcomputer game of the same name. Thrust brings realistic physics and inertia-based movement into arcade games, directly influencing titles like Oids, as well as Exile from Audiogenic by the same author. The action is viewed from the side, with the graphics drawn in vectors, in keeping with the mathematical nature of everything that unfolds. As a Resistance fighter, the player must fly into enemy lines in order to steal Klystron Pods to power more advanced starships, using your tractor beam to take them. A network of... 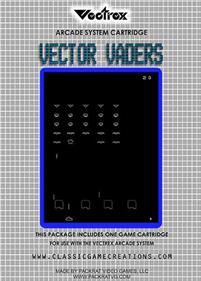 March 8, 1996 marked a day of the rebirth of Vectrex games, as programmer John Dondzila unveiled Vector Vaders, which was not only the very first homebrew game for the machine, but it also started the plethora of new games for the Vectrex as well. Aside from having vector graphics and running a bit slow (although the game does speed up as more and more invaders are shot), this is a pretty standard Space Invaders-type game for the most part.