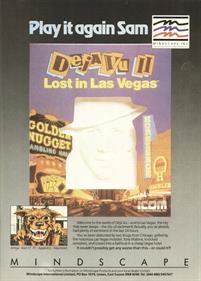 Déjà Vu II: Lost in Las Vegas is the sequel to Déjà Vu: A Nightmare Comes True. This time you wake up in Las Vegas with great headache and realize that you are Ace Harding, who has to find $112,000 of recently murdered Chicago's racketeer Joey Siegel for his boss and Las Vegas' mobster Tony Malone. You have a choice to find money in one week or classical "or else". Just for formality you are watched by Malone's thug Stogie Martin. During the investigation in Noir style you can collect and use items, talk to characters and make some decisions. The game has a multiple windows interface, which... 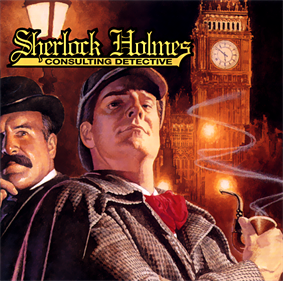 Sherlock Holmes: Consulting Detective is a full motion video video game based on a tabletop game-gamebook hybrid which had the same name. It was originally developed by ICOM Simulations for the FM Towns computer and later ported to DOS, Apple Macintosh, Commodore CDTV, TurboGrafx-CD, Sega CD and Tandy Video Information System with all versions being distributed on CD-ROM. The game was re-released as a DVD for use with a standard DVD player and television in 1999. A high resolution and re-mastered version of the game for iPad, Microsoft Windows, and OS X was released on September 18, 2012. 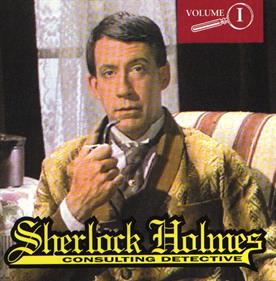 In this game, the player is cast into the roles of Sherlock Holmes, the greatest fictional detective of all times, and his friend and partner Dr. Watson, as they have to investigate and successfully solve three criminal cases: The Mummy's Curse deals with the horrifying death of three men, which were apparently murdered by an ancient mummy; The Mystified Murderess involves a woman who has been convicted for murdering her beloved one, but cannot seem to recall anything of what had happened to her; The Tin Soldier concerns the murder of an old general, whose past must be investigated in... 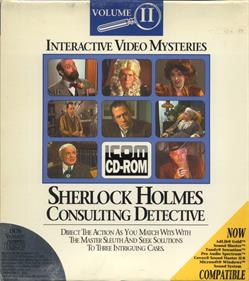 "What they said about Sherlock I, you'll say about Sherlock II"...reads the advert in the box, based on the nice critics about Volume I. - The same video technology (this is 1992), keeps offering true interactive environment: actually letting you "feel" the traffic in the streets of the old London… - The same structure brings a familiar look, inviting to channel all attention to the task of solving mysteries: your intelligence, skills and patience are required to find clues by listening to people, observing details, or even reading the London Times - but don't let yourself be misguided... 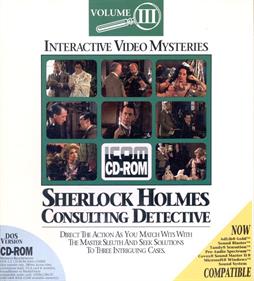 In this third installment of Sherlock Holmes Consulting Detective your task is to solve three separate crimes by visiting various locations, listening to the dialogues and reading the in the package included mock London newspapers. Once you have gathered enough evidence, you have to present your case in court and answer all of the judge’s questions correctly. The three cases are: * The Solicitous Solicitor This case involves the sudden death of Melvin Tuttle, a solicitor who apparently has died of a heart attack. You are visited by Inspector Lestrade, who believes that Tuttle was...