Asteroids Deluxe is an arcade game released in May 1981 by Atari Inc. and is the sequel to Asteroids. It was followed by Space Duel in 1982 and Blasteroids in 1987. Key changes in Asteroids Deluxe were designed to combat the saucer-hunting strategy of Asteroids, which allowed experts to play for extended periods. The game is significantly more difficult than the original.

Dragon Ball Z: The Legacy of Goku I & II

Embark on an incredible journey to protect the Universe from evil. Guide the fate of the mightiest warrior known - GOKU® - from the Saiyan Saga to the Cell Games. Use combat strategies to defeat arch enemies, including Frieza, the Androids and Perfect Cell! 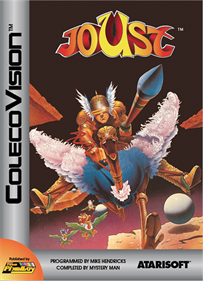 Joust is an arcade game developed by Williams Electronics and released in 1982. While not the first game to feature two-player cooperative play, Joust was more successful than its predecessors and popularized the concept. The player uses a button and joystick to control a knight riding a flying ostrich. The object is to progress through levels by defeating groups of enemy knights riding buzzards. John Newcomer led the development team, which included Bill Pfutzenreuter, Jan Hendricks, Python Anghelo, Tim Murphy, and John Kotlarik. Newcomer aimed to create a flying game with cooperative...

Space Duel is an arcade game released in 1982 by Atari Inc. It is a direct descendant of the original Asteroids, with asteroids replaced by colorful geometric shapes like cubes, diamonds, and spinning pinwheels. Space Duel is the first and only multi-player vector game by Atari. When Asteroids Deluxe did not sell well, this game was taken off the shelf and released to moderate success. 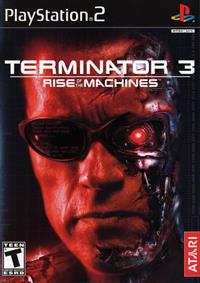 Terminator 3: Rise of the Machines

Terminator 3: Rise of the Machines is a first-person shooter video game based on the film of the same title, with elements of hand-to-hand combat in third-person perspective. It was developed by Black Ops, with additional development by Shiny Entertainment,[1] and published by Atari for PlayStation 2 and Xbox in 2003. An isometric shooter version was released for the Game Boy Advance on November 18, 2003. A puzzle game was also released for mobile phones. The game was also going to be launched for GameCube, but was eventually canceled.

A sequel to the original Yars' Revenge, released on the Atari Flashback 2.