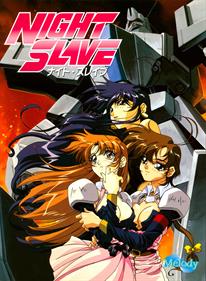 A terrorist organization known as Slave Dog poses a threat to the entire world. Steel Fox is the name of an all-female special squad, highly trained in counter-terrorist combat. Assisting them is the independent, state-unbound corporation Neo Logic, which produces assault suits -basically giant robots with their own heavy weaponry, which can be navigated by a skillful pilot. The young female pilot Rei from the Steel Fox is sent on a decisive mission, codenamed "Night Slave" - an assault on the terrorist base.