The righteous tunes of Rock n Roll are once again threatened by the uptight aliens from the Bee-Gee cluster! Jump into your newly suped up Fender-Astrocaster Annihilator 10000 and give those mutant aliens a little attitude. But watch your tailside! They've brought some all new fiendish aliens with them, and the're not any cooler than the last bunch. It's fast paced arcade action on the edge of your sanity when you shoot as fast as you can pull the trigger! Feel the awesome new rock tunes slapping through your speakers in countless levels of alien assault! Let these aliens know that no one...

AstroRock 2000 is a fun space shooter where you take control of a state of the art space ship called Fender-Astrocaster Annihilator 10000. Power your weapons and destroy the invading mutant aliens once and for all. 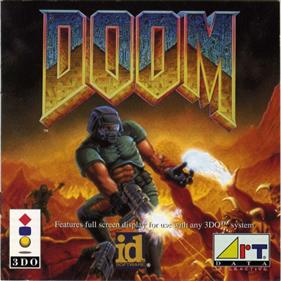 The Union Aerospace Corporation has been experimenting with teleportation technology on Mars' moons Phobos and Deimos. After early successes, something goes wrong. It seems the scientists have opened a gateway straight to Hell. Phobos base is overrun with demonic creatures, and the whole of Deimos simply vanishes. A squad of marines is sent to Phobos, but all except one are quickly slaughtered. It falls to the surviving marine to grab some guns and strike back at the demons.