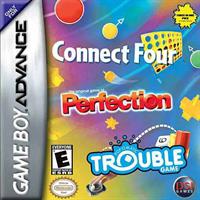 Challenge the computer or a friend to one of three classic board games with the Trouble / Connect Four / Perfection compilation pack. For players of all ages! 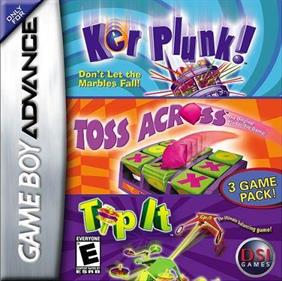 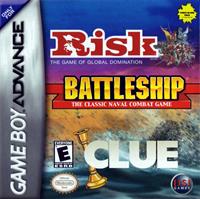 Risk / Battleship / Clue is a Miscellaneous game, developed by Gravity-I and published by DSI Games, which was released in 2005. 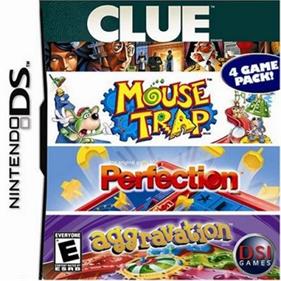 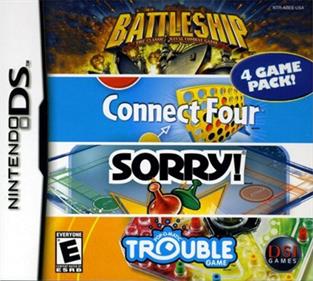 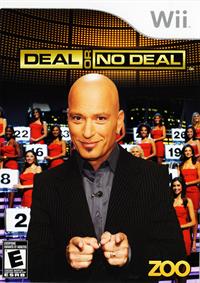 Deal or No Deal

Deal or No Deal is based on the TV game show of the same name. Gameplay is simple; pick one of 26 cases, containing amounts of money from one cent to one million dollars, then open several others. After opening several cases, a deal is offered, based on the average value of the remaining cases, which the player can either take, or reject to open another batch of cases. 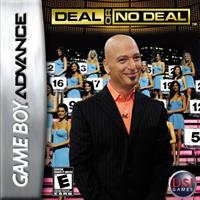 Deal or No Deal

Play the game that has the nation hooked! Beautiful Models, a mysterious Banker and of course, Howie! The rules are simple. Choose a briefcase and then play a game of nerves with the infamous Banker. The ratings are phenomenal. Over 100 million viewers tuned in last season. The finale on NBC was the #1 show in the country - new season begins September 18th with a 2-hour special!!! The models are captivating. They were named to People Magazine's Most Beautiful People list. The host is riveting. Howie Mandel sets the stage for the drama - and he's the host of the PC game! 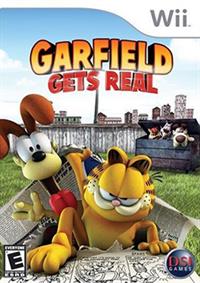 In Garfield Gets Real, players switch between Garfield and Odie as they play through seven areas of the game that all connect from the cartoon universe to the real world. Each area has a key story challenge that progresses the player through the game's chapters while completing 150 smaller tasks that will help them reach the key story challenges. 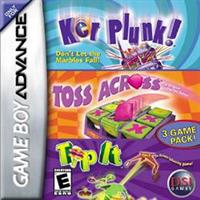 Kerplunk! / Toss Across / Tip It is a Puzzle game, developed by Gravity-I and published by DSI Games, which was released in 2006. 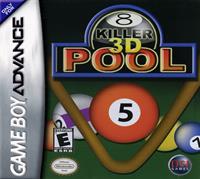 Killer 3D Pool brings the classic bar room game to your Game Boy Advance in full 3D! Playing against 15 computerized opponents of varying skills at 4 different styles of pool game, your aim is to beat all newcomers. Killer 3D Pool has four different versions of pool each with it's own distinct style and rules: English 8-ball, U.S. 8-ball, U.S. 9-Ball and Killer. Play your friends in a two-player match, or for the ultimate two-player experience, use a second Game Boy Advance with Multiplayer mode. You don't want to miss this! 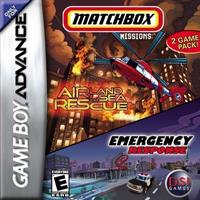 Pilot a Fire Department Helicopter or a Marine Patrol Police Boat. Be a life-saving Paramedic racing to the hospital! Rescue people from raging fires and rising waters, and save the day! When you get the call, will you be a hero? Play as either a Police or Suspect in this great chase game set in MATCHBOX County. Four different terrains provide a varied and colorful backdrop to this fun and exciting 3D pursuit! 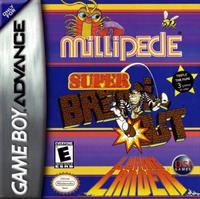 Millipede: You must stop a horde of rampaging bugs which have invaded your mushroom garden. Earwigs, Inchworms, Dragonflies, and Beetles are all out to make sure this battle is your last. Shoot all of the bugs before they bite you! Super Breakout: This updated version of one of the greatest coin-op classics offers all of the game variations that the original game offered. The goal is simply to knock out all of the visible bricks using as few balls as possible. Lunar Lander is the first one player game to authentically simulate an actual moon landing mission. It provides the thrills and the... 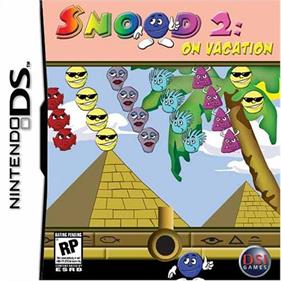 We have arrived at Snoodville and the action is all go, go, go. Classic snood turned sideways is a massive issue as all the snoods fall to the floor. Once they meet up with three of their own color, all the action starts to happen. Clear the board of all the snoods in classic time limits and playmodes and test your skill literally on the edge. No more snoods available! What do we do now? We fire a grappling hook to hook the snoods and pull them back to snood central! Then fire them to where we want them to be to make them fall from the board. Sounds simple BUT watch out. If you leave a poor... 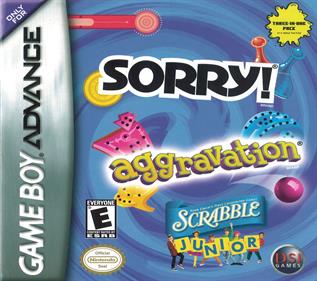 The first game in this collection is Sorry!. As you likely know, the idea behind Sorry! is to move four pawns around a game board from start to home. Players take turns picking up cards to see how far they will be able to move one pawn. The cards can show a number between one and twelve, or the word "sorry". Drawing a one or two will let you remove one of your pawns from start, and a "sorry" card will let you move one of your pawns from start to any space occupied by an opponent's pawn, knocking them back to their starting space. Some cards have special effects; for instance, an eleven will...