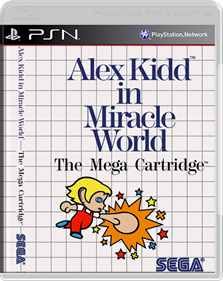 Alex Kidd in Miracle World (アレックスキッドのミラクルワールド Arekkusu Kiddo no Mirakuru Wārudo?) is a platform game for the 8-bit Sega Master System video game console. It was first released in Japan on Saturday, November 1, 1986, and then was distributed to Europe, Australia and the United States in 1987. It was arguably the most widely known game in the Alex Kidd series, due to it being built into most Master System II consoles. It is the first game in the Alex Kidd series created for this character, and the most popular of all Alex Kidd games. Now on PlayStation®Network, earn brand new trophies,... 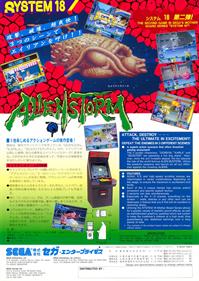 Alien Storm is a side-scrolling beat 'em up. The game resembles Golden Axe, with a similar artistic style, three playable characters (a man, a woman, and a novelty character) and pick-up or power-up special attacks. The player (one player only on the Master System version, up to two players on the Mega Drive version, three on the arcade version) selects from the three different characters to embark upon a quest to save the Earth from an alien invasion. 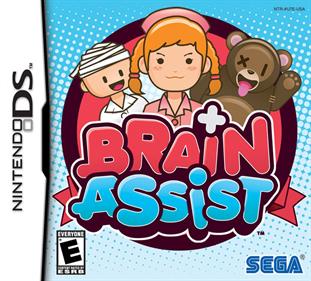 ARE YOU TIRED AND OVERWORKED? DOES YOUR BRAIN NEED A PICK-ME-UP? THEN YOU NEED BRAIN ASSIST! Re-energize your brain with 10 colorful mind-teasing mini-games that stimulate your concentration, memory, analysis, instincts and reflexes. Six nurses with widely varying personalities will guide you through the games and keep track of your best results. A unique new test even allows you and a friend to examine the compatibility of your right brains. Get more friends in on the action with the Wi-Fi Connection and race through a variety of fast-paced four-player mini-games to see who the true... 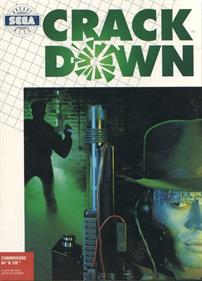 At the beginning of the 21st century, a mad scientist by the name of Mr. K has created an army of artificial soldiers. He conquered the industrial city of Atlantis, and is now preparing to take over the world. The United Nations decided to retaliate by sending two of their top class Special Forces officers, Ben and Andy, infiltrate the city and destroy the enemy base using a newly developed time bomb--Sigma. Crack Down is a time-limited action game. The two heroes, Ben and Andy, have to get through the levels as quickly as possible placing bombs on X marks scattered around the levels. Although... 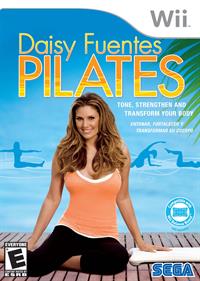 Are you ready to get fit in a fun new way? The first Pilates for Wii title is coming! You’ve heard celebrities talk about the wonders of Pilates, now you can firm, tone, and strengthen your body in the comfort of your home. Set in a lush tropical resort hosted by Daisy Fuentes, a world famous TV celebrity and Pilates spokeswoman, expertly guides you through 10 fundamental exercises from the Beginner level all the way up to Advanced using the Wii Remote™ and the Wii Balance Board™. You can also create and customize your own Pilates workouts with your favorite exercises. Voice prompts from Daisy... 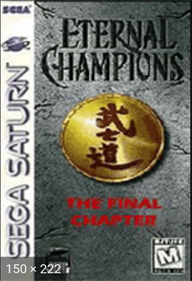 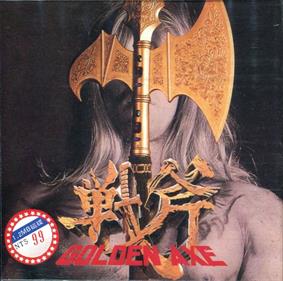 Golden Axe is an arcade beat-'em-up game that puts players in the shoes of one of three heroes, each with his own reason for trying to overthrow the evil rule of Death-Adder, who - along with his forces of darkness - kidnapped and imprisoned the King and his daughter and stole the legendary Golden Axe. This is a horizontal fighting game, where you basically take one of the three characters (the barbarian Ax Battler, a dwarf named Gilius Thunderhead or the amazon Tyris Flare) and bash everything which stands between you and Death Adder himself. Each character has a special magical ability... 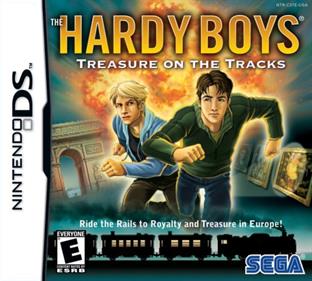 The Hardy Boys: Treasure on the Tracks

Ride the Rails to Royalty and Treasure in Russia! You, as the Hardy Boys, are invited onboard the Royal Express traveling from Paris to St Petersburg to follow the mysterious trail of the Romanov Family treasure. Take a ride on the Royal Express to track down the lost clues of the Royal family in the great cities of Europe! THE HARDY BOYS – Famed amateur detectives, the team consists of Frank and Joe Hardy. Joe is easily excitable and more spontaneous while Frank prefers to calculate a method of solving the mystery and relies mostly on logic. Together they need to discover what others before... 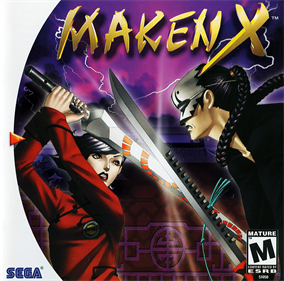 Cut into the fastest, most furious first-person combat action adventure ever! You are Maken X, a supernatural sword, with the ability to not only slice into your opponents bodies, but also to take possession of them through "brainjacking". Battle against ruthless enemies, collect handheld weapons, and slash your way through 20 massively dangerous levels. • Use "brainjacking" to take control of up to 13 unique characters • Innovative "auto focus" combat system to target your opponents • Explosive storyline with 7 different endings • 20 rich, massive 3D levels with ultra-smooth gameplay at... 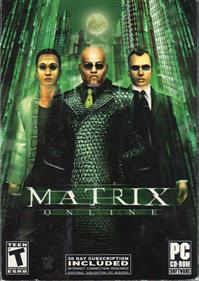 The universe of The Matrix goes massively multiplayer in this cyberpunk RPG. Players jack into one of the many districts inside the anonymous sprawling city of the Matrix, and perform missions for the three organizations trying to control the Matrix: Zion, the Machines, and the Merovingian. The trademark gravity-defying kung fu combat of the films shows its face often as players immerse themselves in the Wachowski Brothers' cyberpunk world. As a newly awakened "redpill," you can develop your character by swapping in and out certain abilities at will, made possible due to the fact that the... 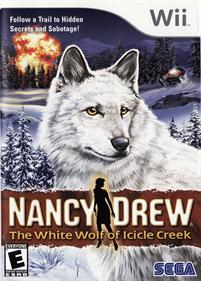 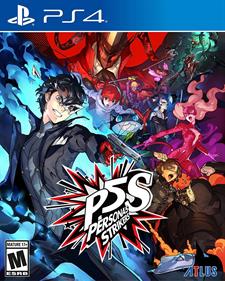 Join the Phantom Thieves and strike back against the corruption overtaking cities across Japan. A summer vacation with close friends takes a sudden turn as a distorted reality emerges; reveal the truth and redeem the hearts of those imprisoned at the center of the crisis! • Jump into the stylish world of Persona in an all-new story • Dynamically control your team during explosive combat • Battle across Japan in an epic road trip 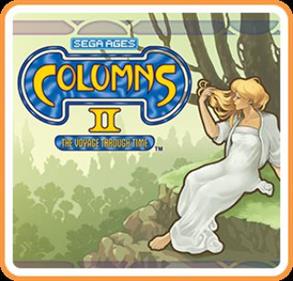 This is the second installment of the smash hit puzzle game fascinated by beautiful jewel graphics. Arrange three or more jewels in the vertical and horizontal, and keep many rules for erasing them one after another. You can enjoy two types of games, the one-player game “Flash Columns” and the “Competitive Columns” that have become stage clear. In this Nintendo Switch ™ version, the difficulty level, network battles & addition of online rankings, as well as the new one-player mode “Infinite Columns”, the first column “Columns I” can be played as they are. Is added, and it becomes one volume... 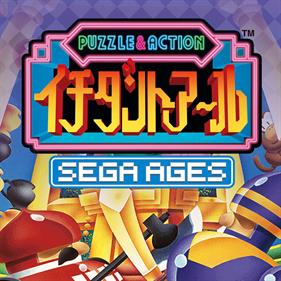 Ichidant-R is the second game in the Puzzle & Action series, and the sequel to Tant-R. Twenty new minigames are present, including rocketship assembly, a batting contest, and hitting the brakes on a speeding car. The game once again includes an arcade mode for one or two players. This time, the player is questing to rescue a kidnapped princess from an evil knight. There is also a quest mode which plays like a simple RPG, where battles are fought via minigames. Of course, the four-player competition and free modes also make a return, rounding out the package. 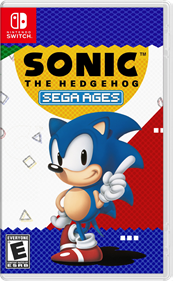 SEGA AGES Sonic The Hedgehog includes Mega Play, previously only available in the Sonic the Hedgehog arcade game. Familiar stages will feel new again as you race against time to the finish line. It's a thrilling challenge for seasoned Sonic fans! With features such as Drop Dash from Sonic Mania, Ring Keep Mode, and stage select, Sonic is a fun and accessible game for all players! 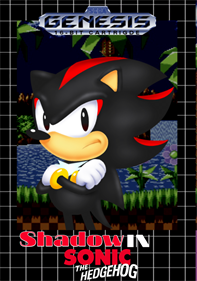 Shadow the Hedgehog in Sonic The Hedgehog (aka Shadow in Sonic 1) is a fan-made ROM of the game Sonic the Hedgehog for the Sega Mega Drive, with Shadow the Hedgehog as a playable character in place of Sonic the Hedgehog. The game was modified by Sonic Retro member FeliciaVal, with additional programming and coding by other members including Jimmy Hedgehog, Selbi, MarkeyJester and E-122-Psi. Most of the sprites were taken from a sprite sheet at this page (direct link does not work, copy and paste instead). Mostly due to Shadows palette being shared with other sprites, several colors are... 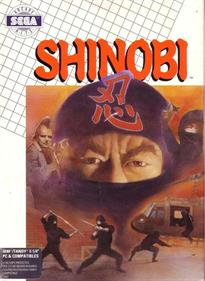 You control a shinobi, Joe Musashi, who must battle his way through each level in search of hostages which must be rescued. You have shurikens, kicks and punches to defend yourself with, as well as powerful ninja magic which can clear the screen of enemies in one go. Each level is broken down into smaller scenes, and hostages are guarded by big blokes who throw swords. Watch out for gun-toting enemy henchmen and ninjas. Reaching the end of each level will find you battling it out with a boss. These range from 8ft tall giants to helicopter gunships. 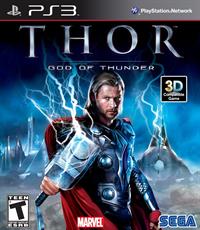 In Thor: God of Thunder, step into the role of one of the fiercest Nordic gods as you attempt to save the Norse worlds from legions of monstrous foes lifted straight out of the comics. Electrocute groups of trolls with Mjolnir and bowl over the frost giants by splitting the ground in two with earth-shattering thunder attacks. Scale 25-foot-tall trolls by using multiple grappling points so you can find and attack the weak points in this 3D-compatible game. Featuring an original storyline by writer and lead Thor comic book author, Matt Fraction, and voices and likenesses of Thor film actors... 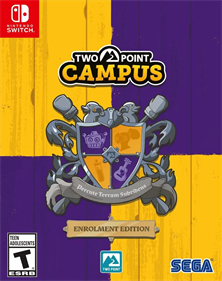 Build your university, your way! It’s time to spin academia on its head! Got a yearning for learning? Or just keen to build an educational masterpiece? Campus is jam-packed with new creative tools to help you build the university of your dreams. For the first time, build in the great outdoors as you develop your own delightfully educational campus environment, housing the top teaching facilities in the land. Whether you prefer building on simple foundations, or placing every tree, you can build the university you want. Lay down pathways with new easy-to-use tools. Plant glorious...