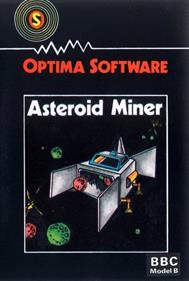 A game where you must harvest precious metals from the asteroid belt between Mars and Jupiter, as well as fighting an enemy (a rival miner) who tries to stop you. In Asteroid Miner you have to collect the green asteroids, while avoiding the red ones, and bring them to your base. Programmed by Christopher Price. 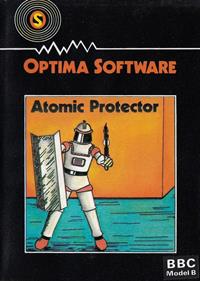 Atomic Protector was programmed by Kevin Edwards and published by Optima Software for the BBC Microcomputer in September, 1983. It is a fast-paced arcade title, like Pac-Man but in reverse. The player has to protect already laid down dots on the map instead of picking them up. The enemies are of two kinds. One will run around the map, picking up all the dots. The other kind is radioactive, and it must be caught before it contaminates you.