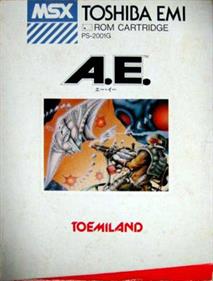 A.E. is a Space Invaders inspired game with a 3D view. In A.E. the earth is under attack by swarms of aliens who drop bomb after bomb and it's your job to defend planet Earth. You control a laser cannon that moves horizontally at the bottom of the screen. To earn point you should shoot all the alien forces before they shoot you! The game becomes more challenging when you progress in the game as the alien swarm splits up and attack you from several sides. 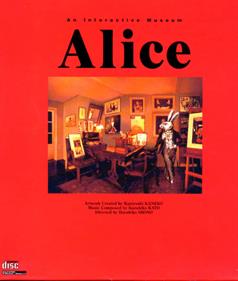 The player searches through a museum of twelve rooms for a deck of 53 cards, upon which are clues which will lead to the last room and the end game. Those cards are hidden among artwork inspired by Lewis Carroll's Alice novels - to find them the player has to solve puzzles of varying complexity. The art is very interactive, but those hot spots are not marked when touching them with the mouse. Finding them might result in bizarre results like turning the room upside-down. This game knows no save feature and doesn't track how many cards are found. The player needs to write down the clues he... 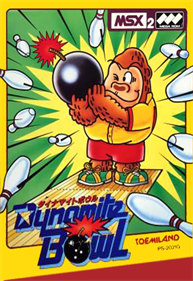 The general concept is that up to five players can play on any of the 30 bowling lanes available; simulating the concept of being in a bowling league. Players can change their lane positioning, determine how strong the throw is, and even make the ball go through various curves (or even through a straight ball into the pins). Each player character can be either male or female with options for bowling ball weights ranging from 7 pounds or 3.2 kilograms to 15 pounds or 6.8 kilograms. 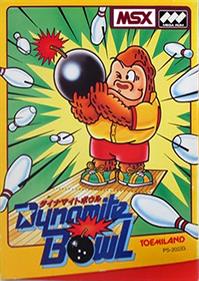 Dynamite Bowl is a bowling game simulation based on the real bowling sport and can be played up to five players at one of the thirty lanes. The game has two difficulty levels. Game variables that can be controlled are: your position at the lane, set the strength of the throw and control the loft and curve of the bowling ball. 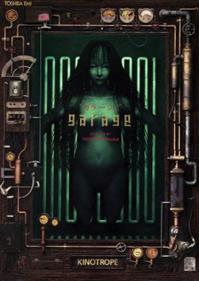 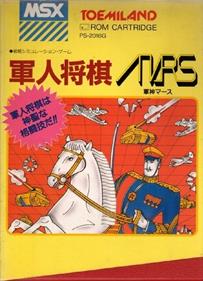 Gunjin Shogi Mars is a board game for player to enjoy “gunjin shogi” (a japanese game similar to Stratego). 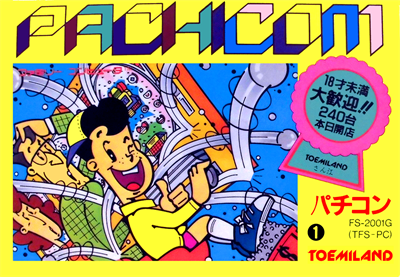 Pachicom is a pachinko game simulation. Pachinko can be described as a game that is a cross between pinball and a slot machine. This game comes with two different game modes to play. Game A lets the player play until they attain a score of at least 3000. The goal is to achieve this score as fast they possibly can. Though, the game can still end prematurely by running out of balls to shoot. Game B lets the player try to get as high of a score as possible, but with an added time limit. The game contains over 200 different board layouts to choose from. At the main menu, just choosing Game A...

In Zoids: Chuuou Tairiku no Tatakai, your goal is to reach the Empire's capital and free bases from its control. You take control of a Gojulas and explore a vast continent in an overhead view where enemy Zoids roam. When they catch you, you fight them in a first-person perspective in various environments. A radar lets you know where the enemies are, and you defeat them by firing your weapon. Each species of Zoids has its own statistics, and some are stronger than others. There are fortresses and villages where you can talk to other Zoids and discover secret passages.