Air Raid is an arcade shoot 'em up released by Seibu Kaihatsu in 1987. It is known as Cross Shooter in North America, it's the predecessor to "Raiden". The game is a vertically-scrolling shoot 'em up. Unlike other Seibu shmups, this one is a Cute 'em Up, with bright-colored pastel graphics very similar to TwinBee. Players are equipped with a forward firing shot and limited bombs. Enemies will drop colored power-ups whose color will continuously cycle, each color equipping the ship with a different upgrade. This power-up system would later make it's way into the Raiden series. 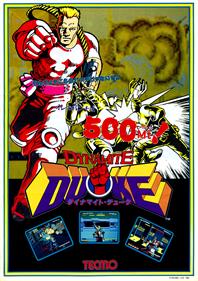 Dynamite Duke is a 1989 action arcade game developed by Seibu Kaihatsu. It was later ported to the Master System, Mega Drive/Genesis and X68000. Being a Cabal-based shooter, it can be considered a follow-up to Seibu's Empire City: 1931 and Dead Angle. 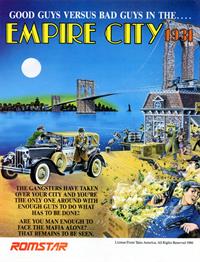 The game is set in 1931 New York City where the player controls a young man who must avenge his family members, who were killed in a gang shootout. Over a period of several months, he targets mobsters, culminating with the mafia boss. 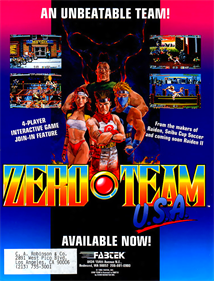 New Zero Team , is a Beat 'em Up game made by Seibu Kaihatsu in 1997. The game was released in North America by Fabtek called New Zero Team U.S.A 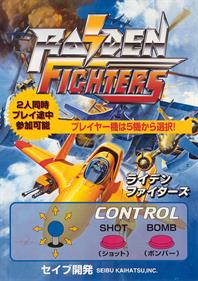 Raiden Fighters 2: Operation Hell Dive was produced by Seibu Kaihatsu in 1997. One of the best vertically scrolling shooters yet. This game is Raiden on horse steroids; there is no other way to describe this game. There are ten different ships, each with different weapon configurations, manuverabilities, and other attributes. The Raiden ship from Raiden II is also in this one, purple laser and all. 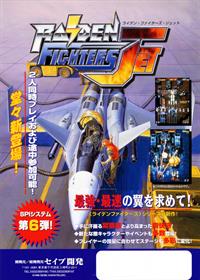 Raiden Fighters Jet is the third and last game in the Raiden Fighters series. This game retains the same intensity and manic gameplay as its predecessors, while introducing several new mechanics.