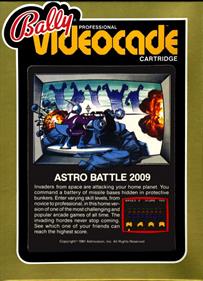 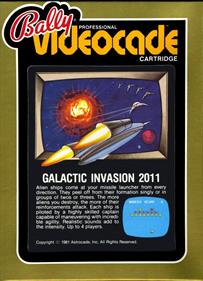 Galactic Invasion is a port of the Namco arcade game Galaxian for the Bally Astrocade. Alien ships come at your missile launcher from every direction. They peel off from their formation singly or in groups of twos or threes. The more aliens you destroy, the more of their reinforcements attack. Each ship is piloted by a highly skilled captain capable of maneuvering with incredible agility. Realistic sounds add to the intensity. Up to 4 players. Aim your missiles at the alien ships and score points for each one you hit! The colorful invaders spin around and soar across the screen in an attempt... 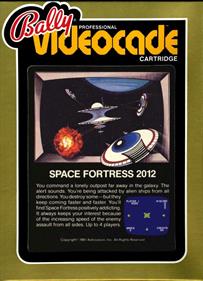 Released on the Arcades as Space Zap and for the Bally Astrocade as Space Fortress. This is a fixed screen shoot 'em up where the player is in control of a stationary laser base which is located in the middle of the screen. Alien space ships will appear from the four sides of the screen and launch space mines towards the laser base. The player's task is simply to shoot them down before they reach and destroy the laser base. The game is controlled with five buttons: one for shooting and four for aiming, one for each direction. In addition to the mines and alien ships there are also attack... 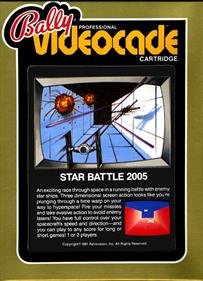 Star Battle is a space shooter based on the trench run sequence from the original Star Wars movie. The game is for one or two players and involves a battle between an X-Wing and a Tie Fighter, although since it doesn't carry a license they are not called that. The X-Wing is controlled by player one while the Tie Fighter is controlled by player two or the computer. Before starting out a maximum score (1-999) is entered and the player that first reaches it wins the game. A single hit is enough to bring down the enemy ship and it is worth one point. The game is viewed from a third-person...